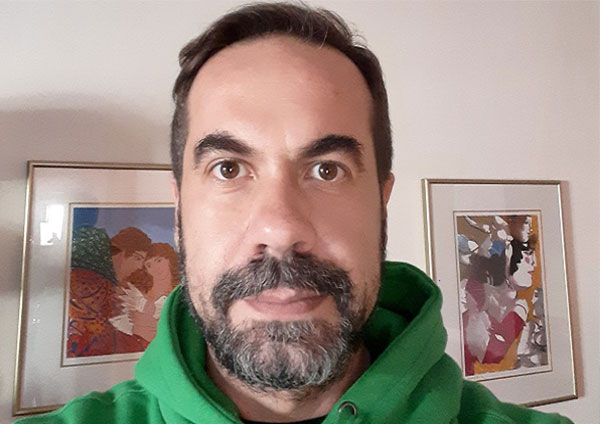 Miltiadis Chatzinikos received an MSc degree in Geoinformatics and a PhD in Satellite Geodesy and Crustal Deformations at Aristotle University of Thessaloniki (Faculty of Engineering, School of Rural and Surveying Engineering) in 2006 and 2013, respectively. His PhD research topics were on GNSS data analysis, estimation of site velocities, modelling of crustal deformations and reference frame realization in the Greek area. During his postdoc studies (2014 – 2016) at AUTh he worked on the topics of global reference frame realization using GNSS permanent networks and on the analysis of nonlinear variations in GNSS position time series. From 2016 until 2018, he worked at the GNSS group of the Royal Observatory of Belgium (ROB) as a postdoc researcher. His main duties were the error analysis and quality control of GNSS network solution products estimated by the Bernese GNSS software. Since 2015, he is a member of the IAG Working Group 1.3.2 on Time-dependent transformations between reference frames. Currently, he is a postdoc researcher at the Cyprus University of Technology working for the CyCLOPS project. His main duties are GNSS data processing and analysis.