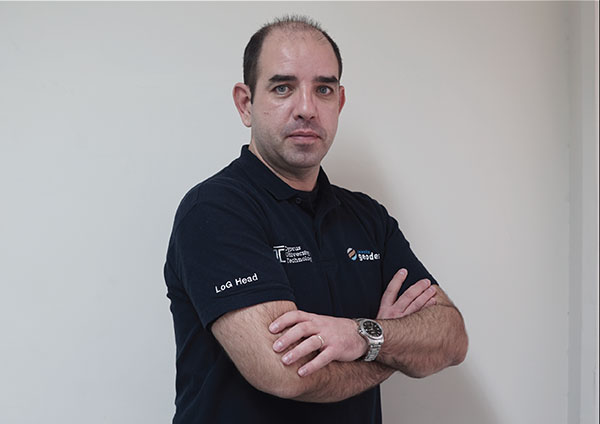 Head of the Laboratory of Geodesy
Link

Dr Chris Danezis holds a Dipl. Ing. (5y) in Surveying Engineering from the National Technical University of Athens (NTUA), an MSc in Geoinformatics from the same university, and a PhD in Satellite Geodesy and Navigation from the University College London (UCL) Department of Civil, Environmental and Geomatic Engineering. Dr Danezis began his professional career immediately after completing his undergraduate studies. His first position (2002 – 2004) was a GIS & Database Architect, Programmer and Administrator in two cadastral and five rural cadastre projects. He was also involved as an Engineering Surveyor during the construction of major Olympic Venues in Athens, Greece. Between 2006 – 2007, he worked as a contracted researcher with UCL, where he was the principal researcher in the EU-funded FP6 program BEAR, which involved the development and implementation of a prototype animal tracking system. Dr Danezis designed a new positioning algorithm to augment GPS/GNSS, and increase system availability, accuracy, and reliability in GNSS-denied environments. He was also a consulting engineer in two more projects in collaboration with British Oil & Gas companies on Seismic and Hydrographic Surveying. In 2009, he was appointed as a Geodetic Infrastructure executive at the Hellenic National Mapping Agency (NCMA) in the department responsible for the operation of the Greek Permanent GPS/GNSS CORS Network (HEPOS). During his 5-year employment, he developed official software and services related to GPS/GNSS processing, coordinate transformations, and custom GIS extensions to automate geospatial infrastructure processes. Furthermore, he was a member of the Strategic Management Board initiated to reform and modernize the company structure. In September 2014, he was appointed as a tenure-track Lecturer in Geodesy at the Cyprus University of Technology (CUT) department of Civil Engineering and Geomatics. He is currently at the rank of Assistant Professor and serves as the Head of the Laboratory of Geodesy, Member of the Executive Committee and Infrastructure Coordinator of the ERATOSTHENES Centre of Excellence. Furthermore, he is the Coordinator of the CyCLOPS Strategic Research Infrastructure Unit, which involves the establishment of a permanent, continuously operating geohazards monitoring system using space-based techniques. CyCLOPS is comprised of eleven (11) permanent, state-of-the-art, high-rate GNSS receivers co-located with an array of specifically designed corner reflectors along with precise meteorological and geotechnical sensors. Additionally, Dr Danezis worked as a freelance consulting engineer for a 12y period. During his studies and career, he was won several professional and scientific scholarships and prizes, such as the 1st Prize for Best Degree Thesis awarded by the Technical Chamber of Greece (TCG), and the 1st Prize for Best Journal Publication in Geodesy for the years 2013 – 2014 awarded by the Academy of Athens. He has also served in the boards of Professional Bodies, such as the Cyprus Association of Rural and Surveying Engineers. His research focuses on the fields of Geodesy, Ubiquitous and Collaborative Positioning, Navigation, GNSS Augmentations, SAR, GIS, and Location-based Services. During 2012 – 2014 he was a member of the joint IAG – FIG committee (IAG 4.1.1 and FIG WG 5.5) on Ubiquitous Positioning. Moreover, he is a dedicated programmer of several conventional and AI programming languages, tools which he uses extensively in his research. He is the author of several peer-reviewed papers in leading international scientific journals and a reviewer in world-renowned scientific journals and conferences.